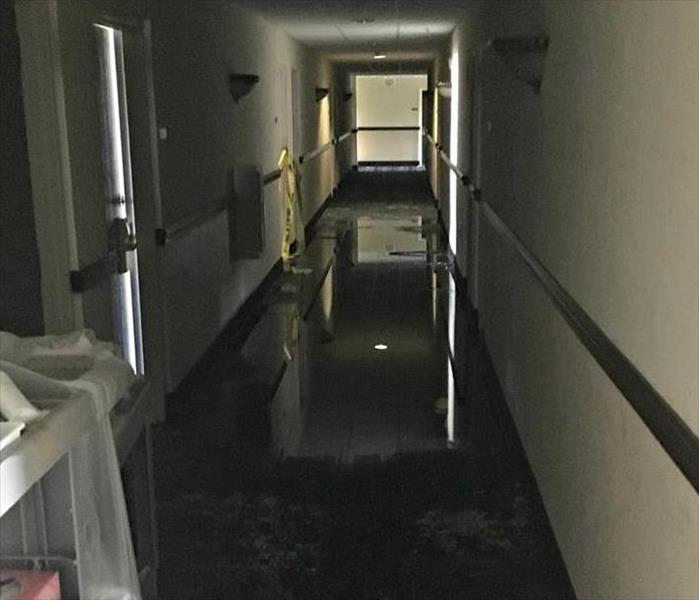 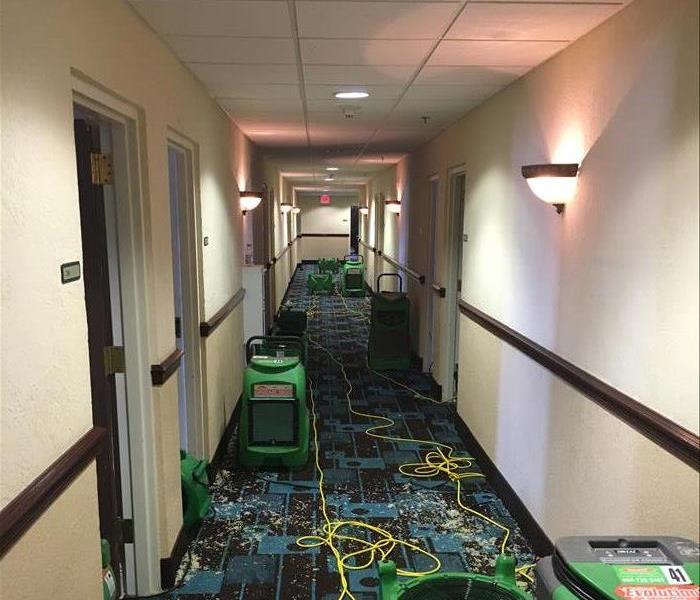 An entire floor of this Fernandina Beach hotel was impacted when a guest started a fire in a room and the sprinkler system was activated. The SERVPRO of Fernandina Beach/Yulee team was called in and quickly assessed the situation. Multiple technicians worked on the fire damage while others began mitigating the water damage, which was extensive. Water was extracted and guest rooms and the hallway was dried to SERVPRO’s exacting standards. The hotel was able to rent rooms again within a matter of days due to the tireless efforts of our team. If your home or property suffers fire or water damage, call the professionals at SERVPRO of Fernandina Beach/Yulee at 904.729.2401.