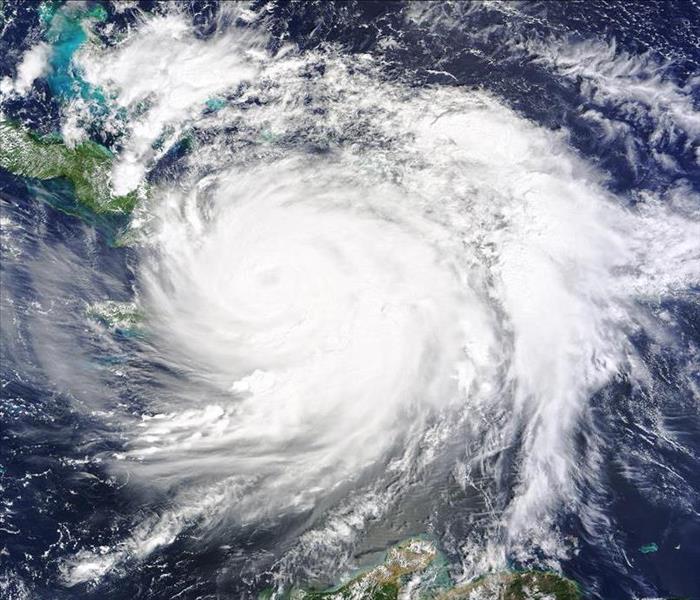 If a hurricane strikes this season, SERVPRO of Fernandina Beach/Yulee/North Jacksonville will be there to help 24/7.

The coming hurricane season could be slightly below the average of 12 a year, according to Colorado State University forecasters.

The university's annual Department of Atmospheric Science pre-season forecast is based on long-range weather and climate conditions.

Currently, those are showing "a below-average probability of major hurricanes making landfall along the United States coastline and in the Caribbean," researchers Philip Klotzbach and Michael Bell said in a recent report.

The center is predicting 11 named storms, including two major hurricanes. All together, the center expects there will be 50 days during which storms are active.

Last year, the center correctly predicted an above-average Atlantic hurricane season, which included historic Hurricane Matthew. Its strongest winds came within 5 miles of the First Coast. The brunt of that storm hit elsewhere, particularly in South Georgia and the Carolinas.

The university's forecasts have been correct during 28 of the 35 years it has been predicting whether a season will be above or below normal.

National Hurricane Center officials caution the public that it only takes one hurricane to severely damage an area and forecasters can't say where this season's tropical storms and hurricane might go.

Last year, SERVPRO Fernandina Beach/Yulee/North Jacksonville helped many local residents recover from damages related to Hurricane Matthew. If a hurricane strikes this year, call us at 904-729-2401 and we’ll be there to help 24/7.