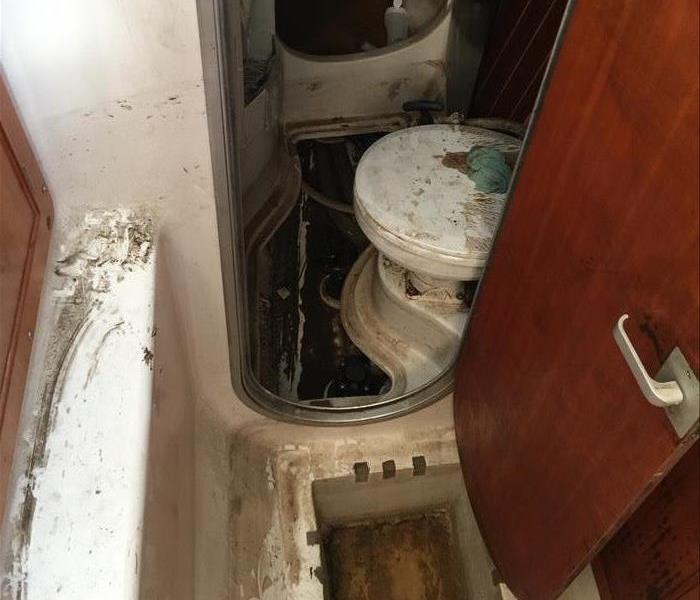 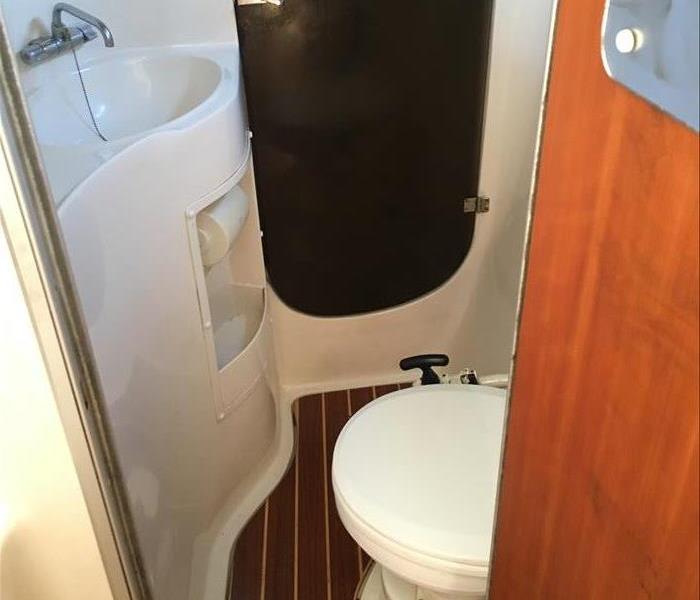 In its wake, Hurricane Matthew left tons of debris in the churning ocean. Debris from the storm punctured a hole in a $500,000 catamaran, causing it to sink on one side and flood both the motors and inside cabin. In this case, an insurance company called in SERVPRO of Fernandina Beach/Yulee/North Jacksonville after they had dry-docked the catamaran in a boatyard near Heckscher Drive in North Jacksonville. The insurance company had paid a claim on the boat and wanted to clean up the damage so they could sell it at auction to re-coup some of their costs.

SERVPRO of Fernandina Beach/Yulee/North Jacksonville was able to extract the muddy water, which had overtaken the boat, and restore the hull, the bathroom, and inside cabin. Oil and gas mixed with seawater that had flooded the cabin made cleanup especially challenging, but we were able to make the inside sparkle again.

If you need to restore a home, boat or other property after a storm hits, call SERVPRO of Fernandina Beach/Yulee/North Jacksonville at 904-729-2401. We are the restoration specialists, available 24/7 to help you see your way through storms and other natural disasters.